To obtain a DXF file from BikeCAD Pro, a two step process is recommended. First, choose File >> Export SVG to obtain a Scalable Vector Graphics representation of your design. Next, import that file into a free drawing application called Inkscape. An SVG file exported from BikeCAD Pro and read into Inkscape is shown below. The actual SVG file is here. 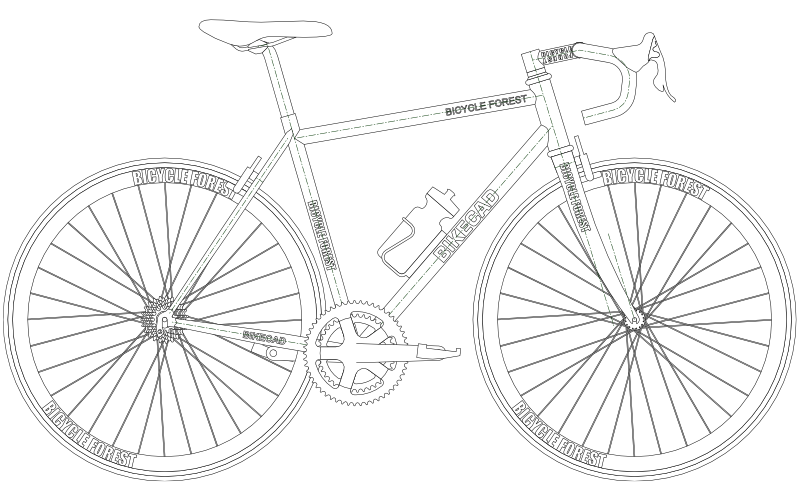 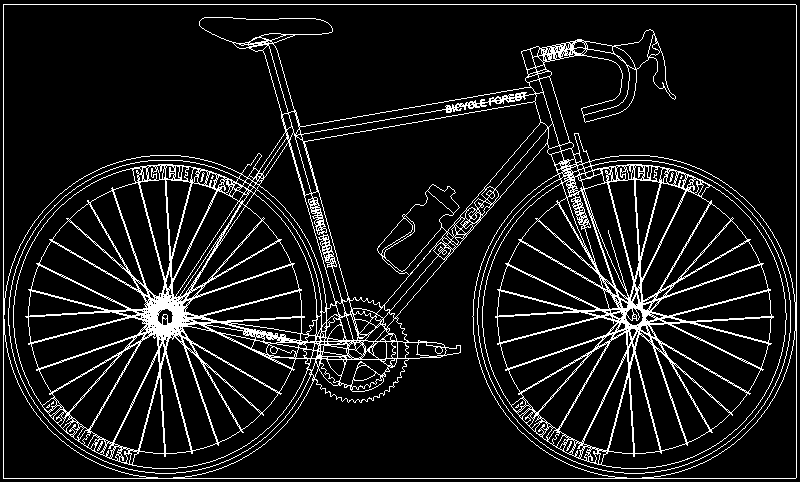 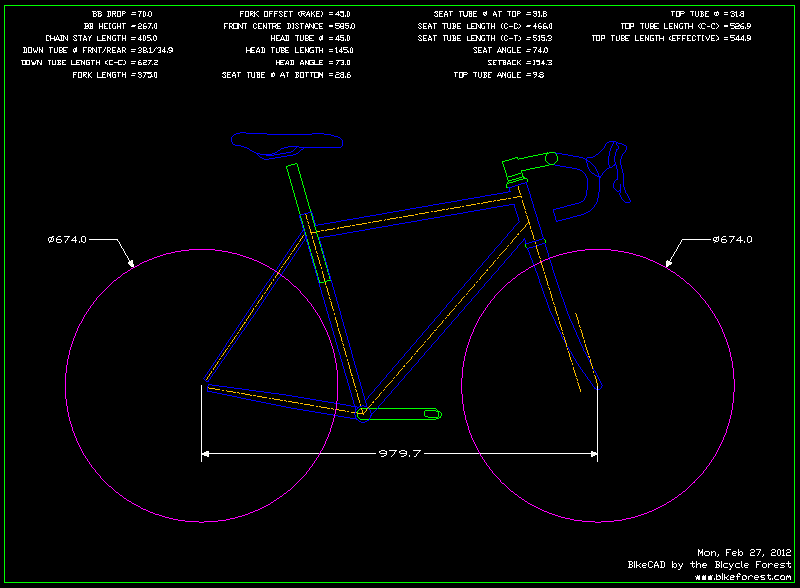 By default, the DXF export menu has been removed from BikeCAD Pro version 8.0. However, if you have developed a preference for exporting DXF files directly from BikeCAD Pro and are aware of the shortcomings inherent in doing this, you can add the menu option by selecting View >> Customize and selecting the check box shown below in the Customize dialog box. Remember to click the Save settings button after making this change. 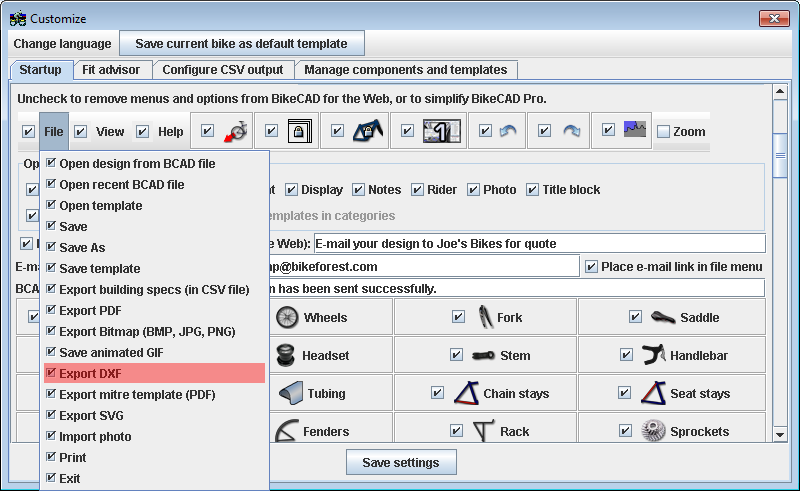 END_OF_DOCUMENT_TOKEN_TO_BE_REPLACED

The current version of BikeCAD is 19.0. BikeCAD Pro customers can download the latest version as described here.